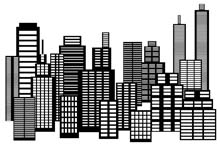 Poor old VCs, eh? Sometimes you have to pity them. For those who’ve invested in green tech, it’s a case of puffing contentedly on a pipe and warming a crumpet by the fire, safe in the knowledge they’ve backed a winning horse. For those yet to throw some cash at the environment, there’s a bit of a frantic search on to get involved.

The [National Association of Home Builders] is also at present conducting a survey on the residential green building market as its last research which predicted growth from $7.4bn in 2005 to as much as $38b in 2010 are 18 months old.

The AIA, though, is determined to bring more architects on board and has made a commitment to reduce the consumption of fossil fuels used to construct and operate new and renovated buildings from the current level by 50% by 2010 and 10% or more each of the following five years so that buildings will be carbon neutral by 2030.