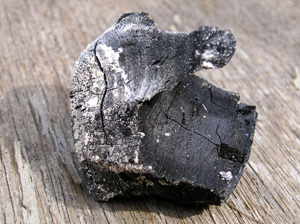 In the land of the long white cloud, the Emissions Trading Scheme that sprung from the loins of the Kyoto Protocol is about as popular as windypops in an enclosed lift. The country’s Sustainability Council has put on its thinking cap, chewed the end of its biro, done a bit of number crunching and come up with this conclusion: Joe Public, not big business, will bear the brunt of the costs, and the emissions will carry on gleefully monkeying around with the environment regardless.

According to the Council, households, road users, and small and medium are only responsible for a third of the nation’s carbon gas emissions but will end up making 90 percent of the payments mandated by the emission trading scheme before 2013 – or around $4 billion kiwi dollars.

The Council says the main industrial emitters and the agricultural industry are getting off lightly, with some of their contributions getting refunded.

So, how to fix this? Get rid of the NZ-specific carbon currency, for one thing, and using the world carbon price for another, the Council reckons.

According to the Council, this is the way forward:

[the emission trading system or ETS’] central mechanism of a charge that is automatically indexed to the world price for carbon is well worth keeping and building on. It is the unnecessary creation of a new carbon currency (the NZU) that enables the massive transfers of wealth to take place off the Government’s balance sheet and out of clear sight.
Instead of creating a new carbon currency, the ETS could simply use the existing international carbon currencies that have been established under the Protocol.

Rather than offering blanket subsides to agriculture and major industries, all emitters would pay the carbon charge on the same proportion of their emissions. If spread equally in this way, the cost of the Kyoto bill would be covered if all emitters paid the world price on about a third of their emissions from 2008 to 2012. The cost would be less if emissions are reduced below expected levels.

If individual emitters face difficulties as a result, and if there are benefits to the nation in providing transitional assistance, the required subsidies could be paid transparently from the Government’s accounts.