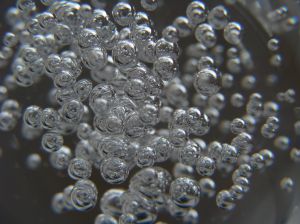 “If the salty water is pushed upwards within the layering within the sedimentary basin, it could enter freshwater aquifers used for agriculture or drinking water.

“Although it is not very likely, it does mean that there is an extra factor that needs to be demonstrated.”

This is a quote from the BBC’s website – an interview with  Professor Stuart Haszeldine from the University of Edinburgh’s School of GeoSciences.

We’re receiving more information about carbon capture and storage at the moment. In fact, there seems to be incredible buzz around it. This is the concept of liquefying CO2 and burying it deep underground.

Here’s a little gem of information from the article:

“Current estimates show that we could store up to 40 years of global CO2 emissions in the world’s known oil and gas fields.”

It doesn’t sound like it’d be healthy for the Earth at all. But it could soak up a lot of carbon. What to do?