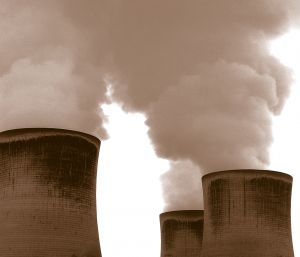 Carbon Capture and Storage (CCS) – presented as a ‘cure’ for climate change by those with vested interests but viewed as a bit evil by others who argue it doesn’t encourage businesses to fundamentally change their practices and reduce emissions. A carbon landfill, if you like – bury it and the problem goes away is the utopian vision of CCS.

A new environmental audit committee report says progress on CCS in the UK has been “extremely disappointing” and that without it we risk locking the country into a high emissions trajectory.

The government has argued that coal has a vital  role to play in meeting the UK’s energy demand in future, and coal fired power stations need to be built while CCS is developed. Current coal power stations can be granted a licence on the condition they will be “CCS ready” – meaning the technology can be fitted afterwards.

But the report found that “there is no guarantee that a plant approved on the basis that it would be CCS ready will actually be willing or able to retrofit CCS once the technology has been demonstrated on a commercial scale.”

The government argues that if it mandates a technology too specifically, this may restrict uptake.

A second plank of the Government’s argument for its lack of regulation on CCS is that any emissions will be offset by the third phase of the Emissions Trading Scheme – due to start in 2012.

But the report found this approach flawed.

“The Government is wrong to rely on the EU ETS cap to excuse the increase in emissions that would derive from the new unabated coal-fired power stations.

“The EU ETS is a mechanism designed to reduce emissions; using it as a cover for choosing high emissions technology goes against the purpose of the scheme.”

Government policy has made progress in some areas. The Ospar treaty, which effectively banned CO2 dumping in the North Sea has been changed.

And a competition launched recently by the department of Business Enterprise and Regulatory Reform (BERR) will fund one coal-fired powerplant with CCS which the department hopes will be finished by 2014.

But the competition only allows for one specific type of CCS technology: post combustion capture.

The Government argued this was because this was the single form of technology that was most deserving of further development.

But the audit committee report found that “this decision excluded nearly half of the CCS projects under development in the UK at the time the competition was launched.”

This meant that the number of proposed CCS projects in the UK was halved, according to a report by the think tank Policy Exchange. The report says:

“The Government must view its competition as only one part of a wider strategy; it must continue to support other CCS projects including the development and integration of the individual components and new CCS technologies.”

The Environmental Audit Committee proposes a different strategy for encouraging CCS. Rather than mandating a technology or saying a plant can be built if it is “CCS ready”, the Government should set a date by which all power stations will have to have emissions per unit of power generated below a certain limit or face closure. It says:

“This limit should be based on capturing at least 90 per cent of carbon emissions.”