Carbon capture ‘not a conspiracy against renewables’ 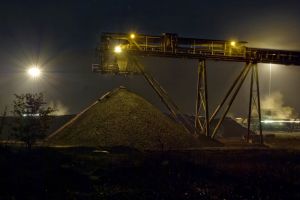 Figuring out how to capture and store away carbon dioxide emissions — and then starting to do so soon on a global scale — isn’t optional for our future security … it’s essential, according to the author of a pivotal report on the economics of climate change.

In an interview during the first US meeting of members of the Global Carbon Capture and Storage Institute (GCCSI) this week, Lord Nicholas Stern said carbon capture and storage (CCS) must be a part of the effort to ensure energy security and keep climate change below the dangerous level of 2 degrees C. That effort will require global carbon emissions reductions of about 50 billion tonnes a year by 2050, he said, and that goal can’t be reached without CCS technologies that can eliminate at least 10 billion tonnes of emissions per year.

“It’s absolutely not a conspiracy against renewables,” Stern said. “We need everything here.”

Carbon capture and storage involves trapping carbon dioxide emissions from sources such as coal-fired power plants, then pumping them into deep geological formations that can safely prevent the gases from escaping back into the atmosphere. The technology has been proven viable on a small scale, but numerous hurdles — cost, in particular — stand in the way of making it widely workable.

Stern, who authored the 2006 “Stern Review Report on the Economics of Climate Change,” said making CCS work is vital for several reasons:

At this stage of the technology, Stern added, proper government backing and policy is also critical. That’s because early development poses so many risks that businesses aren’t willing, or able, to take on on their own. Over time, he added, government support will likely become less needed as things like a rising price on carbon make CCS the right thing for organisations to do financially.

“It’s a fundamental mistake to see this as all about burden and cost,” Stern said.

Asked about a study published last month that called CCS “profoundly non-feasible,” Stern acknowledged, “there may well be some parts of the world where there’s a strong probability it will be more difficult.” However, he added, such studies also highlight why an organisation like the Global Carbon Capture and Storage Institute is needed in the first place … to provide a single, international forum for discussing, addressing and working to resolve such concerns.

Dale Seymour, senior vice president of strategy for the institute, echoed that sentiment.

“We know it’s a complex exercise,” Seymour said, adding that the GCCSI needs to gather as complete a picture as possible about CCS to chart the best possible route into the future. “We welcome any report that seeks to peel back the layers of the onion on carbon capture and storage.”