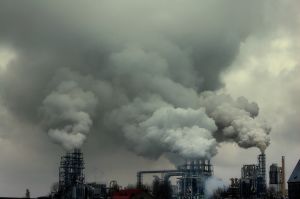 To Greenbang’s mind, carbon capture and storage is a bit like making your brownies with beetroot. It doesn’t matter how many times people tell you it’s a really good idea, you just can’t escape the nagging feeling that it’ll end up leaving a bad taste in your mouth.

One such carbon sequestration project could be up and running not so very far from Dublin’s shores before too long: Providence Resources has announced the Ulysses Project (is Greenbang the only one thinking this sounds a bit Doctor Who?) , which will be charged with investigating the potential for carbon or natural gas storage off the Kish Bank Basin.

Providence won’t be alone in its explorations: it’ll be conducting them with help from its 50-50 joint venture partner Star Energy, a subsidiary of Malaysian oil company Petronas.

The carbon capture investigations come after the twosome were awarded a three year licensing option to probe the Kish Bank Basin by the Irish government. Now the two companies will start looking into the possibility for saline reservoirs to hold carbon dioxide.