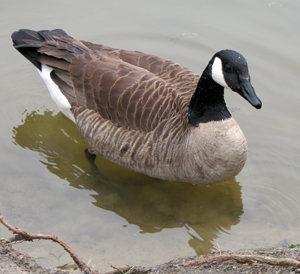 Interesting news from British Columbia: you go months without any and then two interesting pieces turn up at once. Much like buses, burglaries or Guns ‘N Roses albums in the early nineties.

The first, if Greenbang maybe permitted a smattering of tabloidese for a moment, is that an art heist has rocked the Canadian state, after the Museum of Anthropology saw 10 artworks by artist Bill Reid go missing.

The second, and far more pertinent to Greenbang’s readership, is that a massive carbon capture project will be kicking off in the state, financed in part by a $3.4 million grant from the state government.

Utility Spectra Energy will be running the large scale trial, near its Fort Nelson natural gas plant in northeast British Columbia, with the governmental cash used to assess whether the “deep underground saline reservoirs and associated infrastructure in the area are appropriate for CCS”.

According to Spectra, there are two of these deep underground – 2km underground, no less – bad boys that could be just the job for carbon capture and sequestration and if the initial testing phase goes smoother than a greased eel, they could be used to keep 25,000 tonnes of that naughty carbon.

During the initial phase of the project — which will evaluate geological, technical and economic feasibility — Spectra Energy will drill two test wells to determine whether surrounding geology is suitable for the permanent storage of carbon dioxide (CO2) and hydrogen sulphide (H2S). These compounds are present in the raw natural gas produced in the area and removed during processing at the company’s Fort Nelson gas plant.