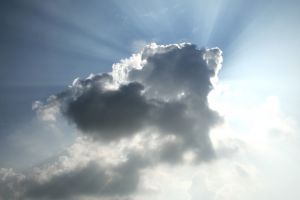 With oil and coal still on track to provide most of our future energy needs — especially in fast-developing countries like China and India — many see carbon capture and storage (CCS) technology as a vital strategy for keeping the economy humming without choking the atmosphere with greenhouse gases.

Britain’s Lord Nicholas Stern, author of the influential 2006 Stern report on the economics of climate change, asserts there is no way we can achieve the necessary carbon reduction goals without CCS. More renewable energy, improved efficiency and clean technologies are also part of the solution, he says. But without carbon capture and storage, they won’t be enough to get us where we need to be.

“We need everything here,” he said earlier this month during a meeting of the Global Carbon Capture and Storage Institute (GCCSI).

In fact, the technologies for capturing carbon dioxide out of power plant emissions and sequestering the gas in reservoirs deep underground, already exist. We know how to do it. The problem is, we haven’t yet found a way to do it in an energy-efficient or cost-effective manner. And until we do, CCS won’t be part of the climate solution envisioned by those like Lord Stern.

While governments and researchers around the world are working furiously to find ways to improve carbon capture and storage, some are coming to doubt that we can perfect the technology in time.

Just this week, Australian scientist and environmentalist Tim Flannery stated publicly that he no longer believes CCS is the answer to combating rising carbon emissions. He said he experienced his change of heart after speaking with researchers who are actually working on carbon capture and storage trials.

“Their argument was that it is economically unfeasible, and if it isn’t happening now it simply is not going to happen in the future,” Flannery said in an article in the Sydney Morning Herald.

US engineers Christine Ehlig-Economides Michael J. Economides reached a similar conclusion in a paper published last month in the Journal of Petroleum Science and Engineering.  Their research indicates that underground geologic reservoirs would have to be five to 20 times larger than previously estimated to store any volume of liquid or supercritical (behaving partly as a gas, partly as a liquid) carbon dioxide.

That limitation, they wrote, “renders geologic sequestration of CO2 a profoundly non-feasible option for the management of CO2 emissions.”

So what is CCS: false hope or only hope? That question needs to be answered … and soon.

1 thought on “Carbon capture and storage: False hope or our only hope?”