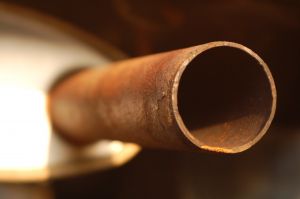 Despite the amount of marketing hype and the increasing number of ‘eco-friendly’ motors being launched, the auto industry is not doing enough to meet proposed climate targets for new cars.

That’s according to a report by lobby group the European Federation for Transport and Environment, which found the average improvement for all cars sold in the EU in 2007 was just 1.7 per cent – a slight increase on the all time low in 2006 of 0.7 per cent, but still way off what is needed to meet CO2 emission targets.

One bright spot in this dismal showing was BMW, which improved the fuel efficiency of its cars at four times the average of the other major manufacturers. The average new car sold by BMW in 2007 typically consumed 7.3 per cent less fuel than in the previous year, leading to a cut in average CO2 emissions from 184g CO2/km in 2006 to 170 g/km in 2007.

In December 2007 the European Commission proposed that new cars should emit, on average, no more than 130g CO2/km by 2012.

Jos Dings, director of T&E said in a statement:

“With the threat of legislation looming, BMW has shown that even premium carmakers can seriously reduce CO2. But the slow response of most carmakers shows that the EU needs to keep up the pressure with challenging, long-term CO2 targets.”

One issue T&E highlights is that German carmakers, including BMW, have been lobbying hard against the fuel efficieny targets, arguing that they should be ‘phased-in’ over several years – in effect this would mean the target would initially only apply to the cleanest segment of the fleet.

“German carmakers want CO2 targets to only apply to the cleanest cars in the early years. It’s the equivalent of demanding that a smoking ban should only apply to non-smokers.”

Other companies that made notable improvements in CO2 reductions include Hyundai Motor (-3.9 per cent) and Daimler AG (-3.5 per cent). But more than half of Daimler’s improvement is a result of the sale last year of its gas-guzzling Chrysler arm, not to enhanced fuel efficiency of Daimler’s cars.

The European Parliament’s Environment Committee is scheduled to vote on the car CO2 law on 8-9 September and the T&E is calling for a target of 120g/km by 2012, in line with an official EU target first proposed in 1994 by the former German environment minister Angela Merkel (now Chancellor). The fourteen-year-old target was supposed to be achieved by 2005 and has already been postponed three times.

T&E claims the 120g/km average target can be met with existing technology including stop-start engines, weight reduction, engine downsizing and other modest improvements. T&E is therefore also calling for a long-term target of 80 g/km by 2020 to ensure that carmakers invest now in the technology needed to dramatically improve fuel efficiency in the long term.

The full report can be downloaded here.