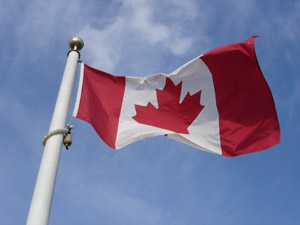 Bloody hell. While Greenbang was doing busy stirring the pot in honour of the Canadians’ decision to spend $13.6 million on fuel cell research, it seems the Canadians were all the time about to open their wallet of whoop-ass on the wind industry instead.

Government owned power company Hydro-Québec has just announced $5.5 billion of spending ($1.1 billion will go on transmission infrastructure) on 15 wind farm projects. The projects will see 2,004 MW of energy capacity come online between 2011 and 2015.

Hydro-Québec says the energy will cost around 10.5 cents per kWh – that’s 8.7 cents for the wind energy, 1.3 cents for transmission, and an estimated 0.5 cents for balancing service provided by Hydro-Québec Production.

One of the big winners will be the St-Laurent Energies consortium, whose members include the likes of EDF Energies Nouvelles, Quebec-based electricity producer Hydroméga and Renewable Energy Systems. The group will build five wind farms wuith 954 MW of capacity, and the first turbines should be up and running from 2011.