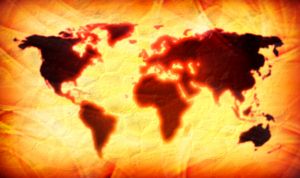 The corporate consultants Maplecroft has just released its risk report on climate change.  The report looks at 168 countries and includes the first ever (or so the company says) vulnerability index with a set of best to worst rankings.

As the release states:

An example scorecard for Egypt can be found here.  Greenbang hasn’t yet seen the data for China or India but she doubts these countries can stand up to their growing emissions.

More from the release:

1 thought on ““Canada is least at risk country””