Canada hit by up to 2 feet of snow. 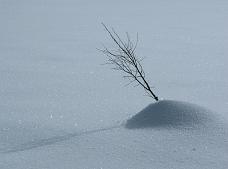 Canada has been hit by a freak snowstorm, leading to some of the major highways and airports being closed.  Is this down to climate change?

Environment Canada warned yesterday that the “hit and run” storm could drop up about 30 centimetres of snow in Ontario and as many as 60 centimetres in some areas in Quebec.

At Toronto’s Pearson International Airport, about 130 flights were cancelled by yesterday afternoon as snow fell on the area at a rapid rate of about four centimetres per hour.

“In Montreal we’re seeing anywhere between 15 and 25 centimetres of snow today,” said Phillips, adding the city could get a total of 40 centimetres.

A flash of lightning followed by a clap of thunder sent afternoon shoppers running for cover through knee-high snow in downtown Montreal. Environment Canada meteorologist Rene Heroux said the unusual mix of snow and lightning is uncommon.