Can wind turbines generate a profit? 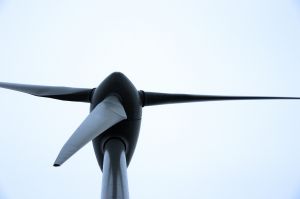 Businesses are being encouraged to make money and help the environment by installing wind turbines and selling the excess power generated for a profit.

Independent electricity supplier Opus Energy is one of the utility companies that buys this excess wind power.

The company says the cost of installing a 6kW micro wind turbine is around £18,500 after using available grants and that they start to pay for themselves in the seventh year.

Wind turbine company Eagle Power says it has seen the number of turbines installed double in the last year.

“All of our customers are keen to know that they can earn ‘payback’ from their turbine. Being able to earn money from the power you generate, beyond what you use to run your property, makes green energy an attractive option.”

“Those businesses that do take the initiative to install turbines can look to buffer the effect of rising economic costs by selling back their surplus power to the Grid.”

It’s a nice idea but in the current economic climate the idea of a cash-strapped small business blowing almost £20,000 on a glorified windmill that won’t start to pay for itself for another seven years is still a big ask.