Can smart tech ever be too smart?

networking13
If the buzz at this year’s just-completed Consumer Electronics Show is any gauge, “smart” technology isn’t just for utility companies and cellphones any more.... 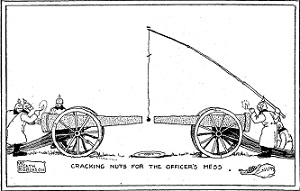 If the buzz at this year’s just-completed Consumer Electronics Show is any gauge, “smart” technology isn’t just for utility companies and cellphones any more. After looking at some of the latest electronics that have been unveiled, though, the question is: will all of our appliances, gadgets and what-nots have to be as smart as they can be?

In the vision for a smart-city future, utility companies and customers will be able to communicate electronically 24/7 to automatically turn appliances on or off to control energy demand and take advantage of lower, off-peak prices. Lights, thermostats, coffee-makers, TVs and MP3 players will all be connected to the network so they can be controlled remotely, “talk” with other devices or programmed to respond to certain conditions. Even our cars will be plugged into the “internet of everything.”

It seems obvious that things like light-bulbs — once little more than heat-wasters that also happened to give off some illumination — should be smarter and more energy efficient, like GE’s latest creation: the $50, nine-watt EnergySmart LED that boasts an advertised lifespan of nearly 23 years. And it’s hard to quibble with the wisdom of a home-based energy monitor, though it’s less certain whether such devices will eventually become the equivalent of the smartphone … or the home treadmill/clothes-hanger.

It even makes sense that motorists could benefit from being connected to the cloud while driving. Airbiquity’s and Hitachi Automotive Systems’ new connected services platform for Nissan’s all-electric LEAF, for example, can be used to manage energy use and locate charging stations, certainly important tasks for the plug-in-vehicle owner. (Though, hopefully, drivers won’t be inputting commands or scrutinising monitors while navigating traffic — if simply talking on a cellphone is unsafe while driving, any sort of hands-on computing would certainly be even ill-advised.)

But will the smart future really require refrigerators with built-in monitors that let us surf the ‘net or, as New Scientist described Samsung’s latest wi-fi-enabled appliance, “a $3,000 fridge that can tweet?”

Of course, time — coupled with consumer preferences — has a way of sifting out the functional from the frivolous. It seems, though, that in an era of constrained economies, resources and energy, our focus should be on producing technologies with the biggest bang for the buck in terms of efficiency, rather than cool, but Rube Goldberg– or Heath Robinson-esque, gadgetry.