Cameron: we can’t afford not to go green 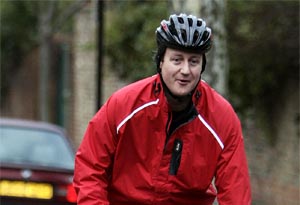 Greenbang has been just finished trawling through 4,390 words of political speech. And she’s going temporarily mad as a result. Not even the promised cup of tea at the end of it helped keep her completely sane.

Tidal power, carbon capture and green cars are all high on the agenda. Nuclear is too.

To save you becoming discombobulated, and David Cameron’s usual Gordon slamming, Greenbang has compiled the highlights of the five point plan: