Camco gets €13m for gas recovery 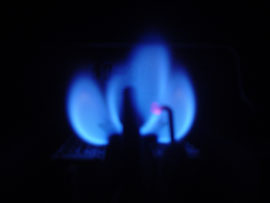 And you thought there wasn’t anything good to come out of Dallas apart from Dallas , ZZ Top and the frozen margarita. Which is admittedly, quite a good line up – if only the state could scratch Dubya off its list of most notable spawn, it might be a pretty cool place.

Yes, UK green energy bunch Camco has sold its Texan facility to natural gas company Clean Energy Fuels Corp for the sum of €13m in cash. Camco said, rather unilluminatingly, that it’ll spend the money on investing in the “continued growth” of its business, which covers creating and selling carbon credits.

Camco and Clean Energy Fuels are also discussing a deal where Camco will explore how Dallas Clean Energy could be used to create some of those credits.