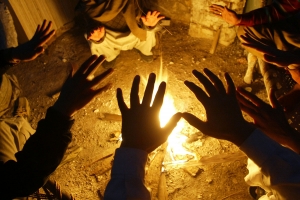 Late December brings with it more than Christmas these days: as winter looms in the northern hemisphere, it also raises the annual — and growing — specter of energy poverty.

Rising fuel and food prices are among the top concerns of people worldwide, according to the latest annual survey from the BBC World Service. That’s little wonder when you consider that the price of crude continues flirting with triple-digit territory, and places like the UK now report that one in four households are in fuel poverty. It’s come to the point that utilities like Maryland’s Baltimore Gas & Electric Company are encouraging customers to give the “gift of energy” to less-fortunate citizens during the holidays.

Taking concerted global action on climate change — something leaders who met in Durban last week say they’ve come close to — would help. But the 2015 deadline set by negotiators is cutting the future of energy security perilously close, according to the International Energy Agency (IEA). The IEA has warned that, without “bold policy actions” over the next several years, “the world is locking itself into an insecure, inefficient and high-carbon energy system.”

Besides political resolve, the solution also rests, of course, on money. Industrialized economies have pledged (though not yet delivered) $100 billion to help developing countries with low-carbon investments, and the strongest emerging economies will also need to spend more on more sustainable energy systems, according to the IEA.

All this suggests that, whether you’re a pensioner in Edinburgh or a member of the fast-rising BRIC (Brazil, Russia, India and China) nations, the era of cheap energy is gone for good.