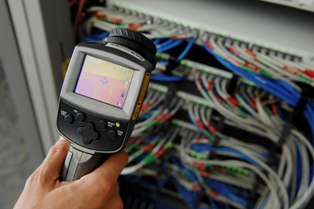 There’s a growing list of companies and tools that promise to help your firm figure out its carbon emissions and chop them down. And now BT has added its name to it.

As its announcement reads:

BT’s carbon impact assessment enables organisations to accurately calculate the amount of CO2 emissions produced as a result of the use of networked IT services. It also provides a set of workable solutions to help customers reduce their energy consumption and carbon footprint.

And BT itself seems to have signed up for the service. It’s something of an electricity guzzler itself, accounting (by its own admission) for 0.7% of the UK’s entire electricity consumption. But it reckons it will chop out carbon to the tune of 300,000 households (or Liverpool and Cardiff combined) every year until 2010. Good stuff chaps.