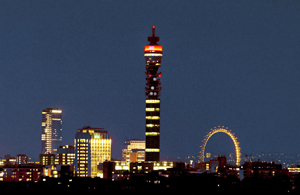 Greenbang loves a good commitment to reduce carbon story. Every single one of them makes her experience that feeling normally felt by children on Christmas Day when they’re expecting a book on woodworking and get a BMX, a puppy and a couple of bottles of White Lightning instead.

Get ready to be touched in that special place once again as Greenbang shares a carbon cutting scheme from our favourite former state owned communications monopoly, BT.

BT, the telco behind such things as red telephone boxes and the ‘you get an ology, you’re a scientist’ ad, has pledged to cut its emissions by 80 percent by 2020.

How will they do it? Like this, that’s how.

BT intends to meet the 80 per cent reduction target through a continued combination of energy efficiency, on-site renewable generation (aiming for 25 per cent of its UK electricity to come from dedicated wind turbines by 2016) and purchased low-carbon electricity. [its Climate Stabilisation Intensity] target will enable the company to draw up an international road map to achieving this reduction. BT has already reduced emissions in the UK by nearly 60 per cent between 1996 and 2008.