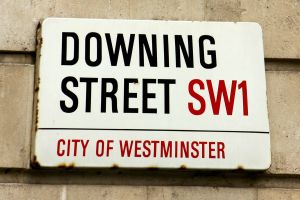 Energy- and carbon-minded British officials are keeping busy this week: on the eve of a rollout of new feed-in tariffs that will pay homeowners to generate their own renewable power, the UK is also outlining plans for reducing the government’s carbon footprint and spearheading an effort to revive global climate negotiations.

Prime Minister Gordon Brown is today leading a meeting with several high-level officials and others to discuss ways to support a $100 billion fund to help developing countries deal with climate change. Among those set to attend the UN Secretary-General’s High Level Advisory Group on Climate Finance were Larry Summers, chief economic advisor to US President Barack Obama; British economist Nicholas Stern, author of a key report on the economic impacts of climate change; and investor/philanthropist George Soros.

“We’ve got to dust ourselves down and kick-start efforts to get a global deal, get the climate finance flowing and make sure the cuts promised by countries happen,” said Energy and Climate Change Secretary Ed Miliband. “We need to do this, not just for environmental reasons, but also for economic ones. In the UK, strategic intervention by the government is unlocking green investment and generating jobs for the future. Low-carbon growth will be stronger, and businesses will have greater certainty, when the world agrees to a legally binding deal.”

British officials today also announced the government is the first ever to publish plans setting out how every major department will address the challenge of climate change. Those plans include goals for both reducing emissions and adapting to future impacts of global warming.

“There can be no mistaking that some climate change is inevitable and we will need to adjust the way we live our lives to meet these new challenges and take advantage of new opportunities where possible,” said Environment Secretary Hilary Benn. “These plans are by no means the final word, but are a step towards the low-carbon, well-adapted society that we need.”

Current climate models indicate the UK is likely to see warmer, wetter winters and hotter, drier summers with increased risk of coastal erosion and severe weather. The UK Climate Projections suggest a range of possible temperature rises of +0.8 to +4 degrees C by the 2040s for different regions of Britain.

One element of the UK’s adaptation strategy is encouraging development of a workforce with low-carbon skills. The government so far plans to co-fund up to 2,500 apprenticeships in the wind-energy sector and another 1,000 in the nuclear-energy sector.