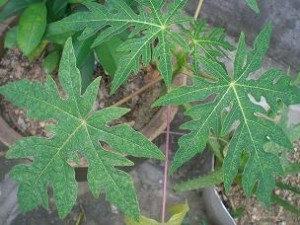 Shell’s joint venture with Cosan highlights the strong positioning of Brazil as well as the burgeoning demand for biofuels. While this may have come as a surprise to some, it was no surprise to me, having spent the last three years developing an appropriate strategy to deliver biofuels to Europe from Brazil.

Brazil has the ideal climate in terms of sunlight and rainfall; it also benefits from having large areas of accessible, fertile, idle land. The country benefits from a strong economy and good political stability, as well as having excellent infrastructure.

While Brazil may be perfect, the views on biofuels have been mixed. There is no doubt that there have been many lessons to learn, particularly from some of the mistakes of the past adopted by first-generation biofuel developers. Companies need to adopt an owner/operator plantation model that ensures the biomass and fuel is generated in a truly sustainable way. Food crop-derived biofuels have fallen out of favour but second-generation replacements are not expected to enter the market in the short term.

However, jatropha is one of few feedstock crops which has the potential to become a truly sustainable dedicated energy crop.

Jatropha, a tree indigenous to Brazil, will grow to heights in excess of five metres and is ideal for mechanised crop picking. Furthermore, jatropha plantations will not be a monoculture but will be co-planted with grass and legumes. The jatropha seeds will be transported to the UK on dry bulk tankers to a 250,000-tonnes-per-annum capacity crushing plant which will be located close to its customers (ensuring inland transportation costs are kept to a minimum). By transporting the seeds rather than crushing in Brazil and transporting the biomass and oil separately, shipping costs are substantially reduced. When generating 60,000 tonnes of jatropha oil, you will also generate 240,000 tonnes of biomass!

The UK biomass demand is largely unsatisfied. Despite an attractive incentive (two Renewable Obligation Certificates per megawatt-hour), power producers cannot secure sufficient sustainable biomass for power generation. With Scottish & Southern, Drax and others all currently planning dedicated biomass power stations, the demand is truly significant. Sourcing materials from a country that can produce it sustainably is essential to us cutting carbon sooner rather than later.

Given jatropha can be produced for a cost per barrel less than oil, it makes complete economic sense to develop this now.