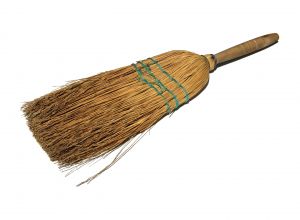 The law firm Eversheds sent us this email:

“It is reported today that BP is to drop its wind farm and other renewable schemes in Britain to concentrate its spending programme on the US. Michelle Thomas, head of the Clean Energy and Sustainability team at international law firm Eversheds, comments:

“The news that BP has dropped all plans to build wind farms and other renewables schemes in Britain has been suspected for a while. This ties in with shareholder pressure generally in oil and gas to focus on core business or where there are clear financial synergies. The departure of BP and similar players will be seen as having a negative impact particularly for the Round 3 offshore wind programme where their offshore expertise and balance sheet strength are key assets.”

BP and Shell have each dropped the  cleaner alternatives to oil to focus on hydrocarbon fuel – biofuel and making the most out of the oil they’ve controlled for a long time.

But why? That’s just not cricket.

What a lot of people are finding is that some of the alternative energies are not profitable without government subsidies and incentives.

Robert Hertzberg of G24i innovations is a very good speaker on this. He argues that countries need much better incentive schemes to get the clean tech market up and running quickly enough to meet the demand for energy when the oil companies finally realise their day is up.

However – incentives are all very well. But as we all know, if you look at the European Union’s subsidies to farmers, this kind of government interferance leads to a false economy.

The fast turnaround for cash in the UK is in wind. It’s obvious – investors are pouring cash into wind because of the incentives. They make a quick sale and off it all goes…The question is if you remove those subsidies, what happens then? The initial investments in wind technology required to get a wind farm up on the hills is huge.

Germany has a similar incentives set up with solar, where if you walk down the high street these days, it’s common to see shops selling solar panels for houses. There are deals you can get to make the whole ROI (return on investment) come a little quicker than it would otherwise.

But Shell has strangely pulled out of its solar activity – again to focus on hydrocarbon energy.

Interesting, Greenbang thinks. Biomass – ie. natural stuff and natural waste products that can be burned for fuel – is shaping up to be a favourite in the ‘cleaner’ of the alternative energies. But much of its supply depends on space to grow and farm it. The UK is much poorer for biomass than the US or Russia, say, because it’s a tiny island of beer drinkers.

Biofuel of course brings us back to the carbon intensive fuel problem.

There is one word greenbang has left out of this. Nuclear. It is a double-edged broad sword of enormous proportions that even Conan the Barbarian couldn’t weild.

It’s quite a realistic option though, many are saying, but the verdict is not in yet as to whether it’s a clean one.

One thing seems true though – BP and Shell don’t seem to care much about that.