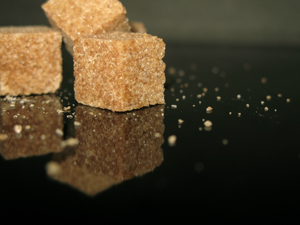 As Greenbang understands it, in the heady days of the 70s and 80s, Brazilian farming was chiefly dependent on the likes of the A Team and McGuyver to keep the wheels of agriculture turning. If such TV programmes are to be believed, without the likes of Richard Dean Andersen and Mr T, gangsters with questionable moustaches would have taken over long ago.

Luckily, Brazilian feedstock growers don’t need soldiers of fortune any more – they have BP instead.

The oil giant has has taken a 50 percent stake in Tropical BioEnergia, a biofuels joint venture between Santelisa Vale and Maeda Group which makes ethanol from what it calls sustainable feedstocks. Currently, Tropical BioEnergia is already builiding one 435 million litres a year refinery, and aims to have another up and running before too. The cost for the twosome? A mere $1 billion.

BP will pay around $59.8 million for the stake in the company and will put in more capital in the future.

And according to BP, the future of ethanol is sweet:

The joint venture will focus on potential sugarcane production and the manufacturing and marketing of conventional ethanol, including the associated agricultural assets and cogeneration plants. Sugarcane is the most efficient source of biofuel currently available. Sugarcane lends itself to further improvement through the use of advanced biofuels technology and will therefore be a compelling source of renewable fuel for the foreseeable future. It provides a greenhouse gas emissions reduction of up to 80 per cent.