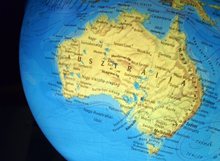 It looks like there’s something rotten in the state of Queensland. Last month, Greenbang brought you news that Australia’s sunshine state had started a scheme that promised people putting up solar panels would earn 44 cents for every kilowatt they create.

According to the Courier Mail, changes threaten to derail this lovely cash bonus scheme. Instead of 44 cents for every kilowatt sent to the grid, it’s every kilowatt that goes back to the grid and isn’t then used by the household.

According to experts quoted by the paper, it looks like few solar users will generate more electricity than they use. Says the Courier Mail:

“What the graph shows is that even 400 of the most energy-efficient customers would use more than a 1kW system will generate, so it’s very unlikely anyone will get the 44¢ tariff,” Mr Hutcheon said.