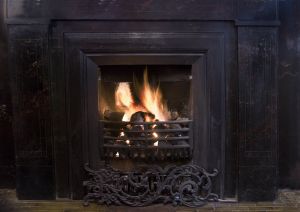 With the recent stretch of snowy, icy weather in many parts of the eastern US, UK and Europe, keeping warm has been on a lot of people’s minds. For Britons, that will become a bit easier — and greener — to do, thanks to a couple of new developments.

The electronics company LG announced today that, starting this spring, it will begin marketing its air to water heat pump in the UK. The firm claims the innovative pump can reduce carbon dioxide emissions by 90 per cent, compared to conventional heating systems powered by fossil fuels.

The announcement arrives on the heels of last week’s government kick-off of a programme to upgrade household heating systems nationwide. The so-called “boiler scrappage” scheme will provide £400 vouchers to up to 125,000 households with inefficient G-rated boilers. The vouchers can be used to buy and install either a new, efficient A-rated boiler or a renewable heating system such as a heat pump or biomass boiler.

The initiative aims to help residents cut their energy bills by £200 to £235 a year while also reducing carbon dioxide emissions across the UK. Replacing 125,000 G-rated boilers is expected to cut emissions by around 140,000 tonnes a year, which is equivalent to taking 45,000 cars off the road.

“Householders are naturally reluctant to replace a working boiler even though it is wasteful on energy and so an incentive to do this is vital,” said Roger Webb of the Heating and Hot Water Industry Council, a trade association. “The scheme is good on many levels because householders could see a large reduction in their energy bills, the major carbon savings resulting from replacing inefficient products will help climate change and finally for UK industry and employment because most boilers installed are actually manufactured in the UK.”

LG sees great potential for its Therma V air to water heat pump in Britain, where an estimated 3.5 million homes have G-rated or worse boilers. Air source heat pumps use a refrigerant to capture heat from outdoor air and transfer that heat to a water heater, household heating system or under-floor heating system.

The Therma V can work with both new construction and retrofits, according to LG, and can be easily connected to either a conventional boiler or solar thermal installation for backup heating. The company says the new heat pump can pay for itself in as little as three years, depending on the type of fuel a household used previously.

“There is much excitement in the market at the moment surrounding heat pumps,” said Paul Hopkins, general manager of LG Air Conditioning in the UK. “We believe air to water heat pumps could turn the UK domestic and commercial heating markets on their head and we are confident that the anticipation for this product will translate into healthy sales.”