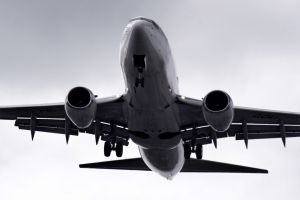 Air New Zealand, Boeing and Rolls-Royce will use biofuel made from the oil of jatropha plants on a commercial airline demonstration flight in December.

Jatropha is an inedible plant and is considered a sustainable, second-generation resource because its cultivation and harvesting do not tax valuable food, land or water resources, and can provide socioeconomic benefit to the regions where it is grown.

“The processing technology exists today, and based on results we’ve seen, it’s highly encouraging that this fuel not only met but exceeded three key criteria for the next generation of jet fuel: higher than expected jet fuel yields, very low freeze point and good energy density. That tells us we’re on the right path to certification and commercial availability.”

Others aren’t as convinced about the ‘green’ jet fuel claims, however.

“We need a dose of realism here, because this test flight does not mean an end to the use of kerosene in jet engines. The amount of jatropha that would be needed to power the world’s entire aviation sector cannot be produced in anything like a sustainable way, and even if large volumes could be grown, planes are an incredibly wasteful way of using it.”