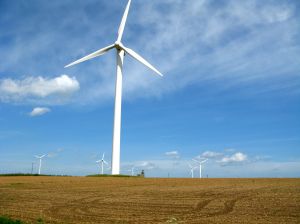 Global spending on renewable energy projects could more than double by 2030, but that alone won’t be enough to reduce carbon dioxide emissions by the amount needed to prevent dangerous climate change, according to a new projection from Bloomberg New Energy Finance.

To achieve the level of carbon reductions needed, the price of carbon will also have to gradually rise to $100 per tonne, the model finds.

That level would help the world achieve an average carbon dioxide reduction of 2 tonnes per person by 2050.

The model predicts the increase in annual global spending on renewable energy will come largely from onshore wind, and also foresees significant expansion in solar photovoltaics and offshore wind. Biomass technologies are expected to continue to play an important role, particularly in the transport sector, while hydropower will see limited growth.

Important emission reductions will also come from forestry and agriculture and improved industrial energy efficiency. Energy efficiency in buildings will play a critical role, but these are expected to occur as a matter of course because in many cases the measures are already cost effective.

“These findings confirm that in spite of the ongoing economic malaise, investment in renewable energy should continue to grow, driven heavily by existing government targets,” said Guy Turner, director of Carbon Market Research at Bloomberg New Energy Finance. “And if governments take the threat of climate seriously, there will be an increasing role for renewable energy up to 2030.”