Taxis get £1m for eco-makeover 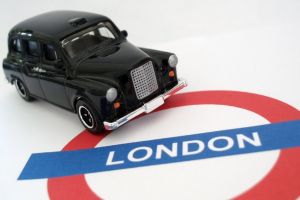 Greenbang has been inspired by Nick Hornby and has created her all time top four of legendary taxi drivers.

The reason for the list is London Mayor Boris Johnson’s announcement of £1m being made available to reduce taxi emissions. The project is in infancy, so much so that Transport For London (TfL) doesn’t yet know how it will be spending the money, but is sounding promising.

A quick call to Judith Adams of TfL has helped both add a touch of ambiguity and clear up some of the details. “At the moment we’re inviting suppliers to register interest so it depends on what people come up with.”

TfL told Greenbang it will be working with the low carbon and fuel cell centre, Cenex to get an accurate picture of exactly how the Taxis are being used to determine exactly what technology is needed. “Taxis in are relatively unique…[their] patterns of use means they spend 40 per cent of the time with the brakes on.”

It is also asking car manufacturers to submit information on low emission vehicles that can meet the disabled access and turning circle requirements of a standard taxi yet do not cost considerably more than a standard hackney cab. Watch this space.