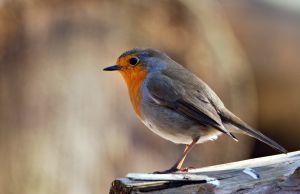 The way nature somehow has its own calendar never ceases to amaze and impress. Examples such as the mass spawning of turtles, bats and crabs in various locations are simply breathtaking.

Having seen all sorts of wild life, such as squirrels and hedgehogs, not hibernating it’s already clear that climate change is affecting this calendar but a new survey of bird habits – The State of the UK’s Birds report by a coalition of conservation bodies, including the RSPB – has confirmed this.

Around 30,000 nests have been analysed and it seems birds such as the chaffinch and robin are laying their eggs about a week earlier than in the 1960s. Blue tits, great tits and swallows are also exhibiting similar patterns.

And it’s not just nesting, birds have also altered migration patterns and travel further to find food. This means that birds could hatch before food is available.

Matt Murphy, ornithologist for the Countryside Council for Wales said in the press release:

“Climate change also seems to be affecting the pied flycatcher – an archetypal bird of Welsh oak woodlands. They appear to be breeding earlier across a number of sites and the worry is they may eventually breed so early, they are out of sync with their major food source of caterpillars.”

The report is a collaboration between several groups including the RSPB, Natural England and the Wildfowl and Wetlands Trust. It conclusions state that drier summers have forced species to rear fewer chicks.