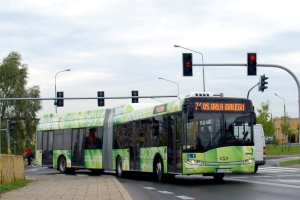 Making transport fuel from waste can do more than reduce greenhouse gas emissions from petrol, according to new research from Sweden — with a few additional improvements, biogas plant could actually be made more than climate neutral.

After studying a biogas plant in Skåne, Researchers from Sweden’s Lund University calculated that waste-based biogas produces 95 per cent less greenhouse gas emissions than petrol. They further concluded that making a few simple improvements to such power plants could bring that figure up to 120 per cent. In other words, optimised biogas production could prove to be carbon negative.

Researchers say the new study will make it easier to study and optimise other biogas facilities. Sweden currently boasts about 20 such plants, which produce biogas for use in cars and other vehicles. Some 23,000 Swedish vehicles are today powered by biogas.

“The plant we have studied is fairly representative of an average biogas plant that processes waste and manure,” said Mikael Lantz, a doctoral student in environmental and energy systems studies at the university. “What is particular to our study is that we have included indirect factors that have not previously been taken into account, for example how the ground is affected when mineral fertiliser is replaced with bio-fertiliser.

The research team also found that biogas releases about 16 grams per kilowatt-hour of the greenhouse gases methane, nitrous oxide (“laughing gas”) and carbon dioxide. That’s around 95 per cent lower than from petrol.

Biogas plants could be made even more climate-friendly by using wood chips for heat, the researchers concluded. That strategy could also save biogas producers money.