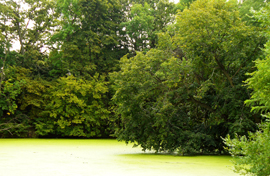 It must be difficult when ccientists at the University of British Columbia get together in the staff canteen. “What have you discovered today?” “Oh, you know, making some progress on curing some nasty diseases. You?” “Yeah, just discovered that the US government’s rush to produce corn-based ethanol as a fuel alternative will worsen pollution in the Gulf of Mexico, increasing a “Dead Zone” that kills fish and aquatic life.” “Bummer.”

For that is exactly what the scientists have discovered. Two of their number turned their respective microscopes on the estiated land and fertiliser required to meet the US’s biofuels need and found that nitrogen loading from fertilisers by the Mississippi River to the Gulf of Mexico would increase by 10 to 19 per cent.

The upshot of that would be an expansion of the Dead Zone in the Mexican Gulf, where nothing can live. It’s already around 20,000 square kms according to the scientists.

The two researchers, Simon Donner and Chris Kucharik, sum up the grim findings like this:

To arrive at this figure, Donner and Kucharik combined the agricultural land use scenarios with models of terrestrial and aquatic nitrogen cycling.

“The nitrogen levels in the Mississippi will be more than twice the recommendation for the Gulf,” says Donner. “It will overwhelm all the suggested mitigation options.”