Biofuels in UK petrol from today 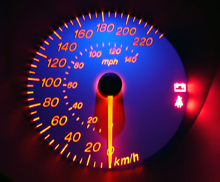 The inventors are unknown, but some combinations are uncontroversial in their brilliance and universally approved. Gin and tonic. Cheese and pineapple, preferably on sticks. Curry and naan. Footballers and page three girls. Some mixes are just classic.

Some mixes – well, not so much.

Today one such mix has just been born: the mix is biofuels and petrol. From today, petrol will be mixed with 2.5 percent biofuels as part of the government Renewable Transport Fuel Obligation. By 2010, it’ll be 10 percent.

The government reckons the carbon savings will add up to 2.5 million tonnes by 2010 and suppliers will have to cough up all the details on the fuels themselves, including where the crops originate and how sustainable they are.

The government would also like you to know that its thinking about the issues of biofuels’ impact on food. Really. Just not yet.

Ruth Kelly is cooking up a review to “ensure that the full economic and environmental impacts of biofuel production are taken into account in the formation of UK policy beyond 2010”. Greenbang hopes she’s not being churlish in suggesting the review might have been better carried out before the policy was formulated in the first place.

“Making it easier for motorists to use greener fuel is an important step towards reducing carbon emissions from transport. It should help save millions of tonnes of carbon dioxide in the coming years.

“But we must do all we can to ensure biofuels are produced sustainably. We know people are concerned about the environmental risks associated with expanding biofuel production and we take those concerns very seriously.

“That is why we want to introduce mandatory standards as soon as possible to guarantee that biofuels don’t cause deforestation or food shortages and we are leading international work to do this. In the meantime, we require suppliers to produce sustainability reports, providing an immediate incentive for them to source biofuels responsibly.”