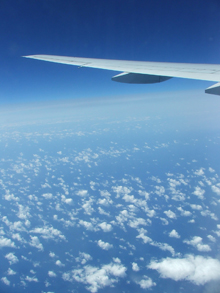 It looks like everyone wants to be a Virgin these days, especially a mile-high one: the biofuels trail blazed by Virgin is now being trodden by Continental Airlines along with chums Boeing and GE Aviation.

The biofuel flight will use a Boeing Next-Generation 737 equipped with CFM International CFM56-7B engines. CFM is a 50/50 joint company of General Electric Company and Snecma (SAFRAN Group). In the months leading up to the flight, Continental, Boeing and GE will work together and with an undisclosed fuel provider to identify sustainable fuel sources that don’t impact food crops, water resources or contribute to deforestation, and which can be produced in sufficient quantities to support a pre-flight test schedule that includes laboratory and ground-based jet engine performance testing to ensure compliance with stringent aviation fuel performance and safety requirements.

No word on where the biofuel flight will go – that and other details will be divulged closer to the time.