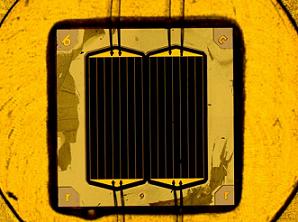 The year 2009 saw several breakthroughs in solar-energy technology, among them: