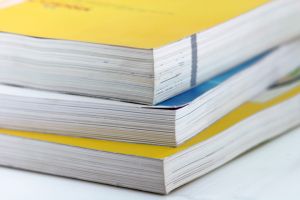 Say you’re feeling a bit blue and the feeling won’t go away. Would you accept advice to take the drug GLeeMONEX without a second opinion if the suggestion came
came from a sales rep from Roritor Pharmeceuticals … which happens to make GLeeMONEX?

Wouldn’t seem very wise, would it? Yet we often accept similar “wisdom” in the form of studies on important issues like energy and transport without asking who or what was actually behind the study.

Yes, except for  the fact that, as several astute observers quickly pointed out, the study’s authoring group — the Committee on Assessment of Resource Needs for Fuel Cell and Hydrogen Technologies — included, in the words of climate blogger Joe Romm, “at least three retired oil and auto company people, academics who do hydrogen research, consultants with oil company ties and one who has served on the National Hydrogen Foundation board and another the retired Vice President Hydrogen Systems for Chevron Technology Ventures, and a venture capitalist immersed in hydrogen.”

These kinds of oddly skewed studies come out more often than you might expect, and have been especially pernicious in the fields of tobacco and climate research, as James Hoggan and Richard Littlemore point out in their 2009 book, Climate Cover-Up: The Crusade to Deny Global Warming. They trace many of the papers that took a contrary view of tobacco’s health effects and the risks of climate change to authors backed by groups or institutions funded by — surprise — tobacco or oil companies.

The bottom line: while it’s very easy to identify and dismiss the obvious slanted studies (you know, the petroleum-sponsored research that predicts bottomless oil wells for decades to come, or the cereal company studies that “prove” a bowlful of bran makes your kids smarter, etc.), some of the more “objective” appearing research that generates headlines every day might also bear a bit of scepticism and scrutiny.