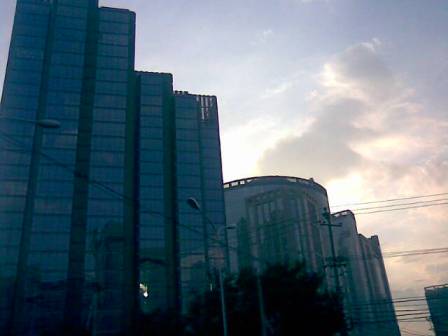 CHINA WATCH Yesterday marked the one-year countdown to the opening of the 2008 Summer Games in Beijing. Greenbang took a picture of the skies, just to keep a record. Maybe today’s weather can predict that of next year’s Olympics opening day. It seems pretty promising. But, as we’ve noted before, the weather is certainly keeping minds focused here.

According to Chinadaily, Beijing Olympics organizers have just unveiled “meticulous” plans to assure athletes of healthy food and sound air quality during the Games:

In order to test the venues and organizing systems, Beijing will trial more than 40 test events before the opening of the Games.

Some media reported last month that Beijing would haul vehicles off the city’s roads for two weeks in August to rehearse traffic control measures for the Beijing Olympics.

However, Wang said the specific plan is still under discussion and will be released at an appropriate time. Beijing imposed a six-day ban on at least 490,000 government vehicles and advised private drivers to take buses to make way for a summit meeting of Chinese and African leaders. Traffic was surprisingly smooth even in the busiest areas during the week and the air quality evaluated was much better.

“If we want to get cars off the roads, we want people to do it willingly,” Wang said. “It is not only for the traffic conditions, but also for the improving the air quality. We want to know the effects of those measures. 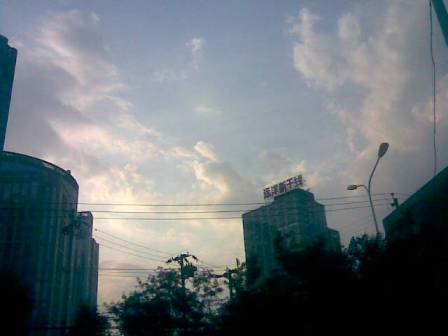