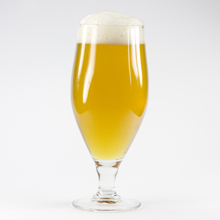 Dear god people, it’s worse than we thought – it looks like not only is global warming going to plunge us into food riots and mass extinctions and all manner of unpleasantness but it looks we’ll have to survive this grim future in a state of sobriety.

According to an AAP report global warming will send beer prices racing upwards in a way that will make the oil price rise look like a mere blip.

The report quotes Jim Salinger, a climate scientist at New Zealand’s National Institute of Water and Atmospheric Research, as saying that global warming will weaken the yield of malting barley – needed for beer production – in parts of New Zealand and Australia.

The article also quotes this apocalyptic prediction from the scientist:

“It will mean either there will be pubs without beer or the cost of beer will go up,” Mr. Salinger told the Institute of Brewing and Distilling convention [..] He said climate change could cause a drop in beer production within 30 years, especially in parts of Australia, as dry areas become drier and water shortages worsen.

Greenbang seems to remember that climate change is also set to turn southern England into a winemaker’s paradise. Add that to the possibility of Fosters being killed off, and suddenly it doesn’t seem so bad.