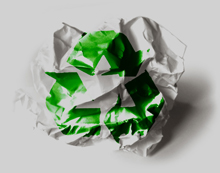 As the Clinton-Obama battle heats up, (Greenbang would like to put in a shout for a televised arm-wrestle to settle the matter) Obama is going for the green vote, showing off his eco-credentials as he toured a green building specialist last week.

Apparently, Obama said if he were to find himself on the business end of the Democratic nomination, he would mandate carbon caps, greener cars and grants for families for personal green efforts, as well as chucking funding towards new green tech and biofuels.

“Washington is still turning a deaf ear toward the climate crisis,” Obama said.

Obama said as soon as he wins the nomination he would convene a panel of experts to start working on a new national environmental policy. He promised to make the federal government carbon neutral by 2025 and make America 50 percent more energy efficient by 2030. He said he would personally reach out to the countries with the highest carbon emissions to encourage and help them improve their environmental records.