Plans afoot for the UN ministers in Indonesia when they visit for climate talks next week; they’re going to be given bicycles to get around the area. 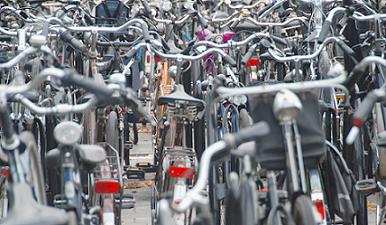 “Delegates from nearly 190 countries will gather on the resort island on Monday to launch a concentrated effort to hammer out a new deal to replace the Kyoto Protocol, a pact to curb global warming that expires in 2012.”

To help offset an estimated 47,000 tonnes of carbon dioxide expected to be emitted during the 12-day event, the government will clear the conference site of cars and lay on about 200 bikes instead to help people move around the area, Agus Purnomo said. “We want people to leave their cars at the main gate and switch to bicycles,” Purnomo, the meeting’s executive chairman, told a news conference.

Greenbang has some advice for visitors: