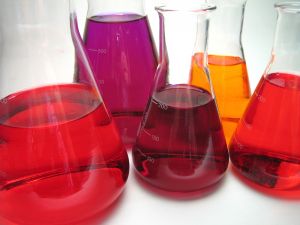 What began as a research project at the University of California, Los Angeles (UCLA), is now an ambitious business venture that aims to convert millions of tonnes of carbon dioxide into clean, green fuel.

EASEL Biotechnologies this week won a 2010 Presidential Green Chemistry Challenge Award for Recycled Fuel Breakthroughs from the US Environmental Protection Agency. The brains behind the company belong to co-founder James C. Liao, a professor of chemical and biomolecular engineering at UCLA.

In his research at the university, Liao used genetically modified E. coli bacteria and cyanobacteria to streamline the photosynthesis process used by other algae-to-fuel processes. His “one-pot bioprocessing” approach enables the microorganisms to directly convert carbon dioxide into higher alcohols with between three and eight carbon atoms. Those alcohols can then be further processed to produce green fuels.

Other algal fuel production methods typically require more than one step to produce such higher alcohols, which makes those processes both more expensive and less energy-efficient.

EASEL claims its technology represents “the first success of direct synthesis of fuel and chemicals from CO2 and light with a significant productivity, bypassing that of all previously-available green energy sources.”

“The first practical application will probably be to hook up to power plants and recycle some of the CO2 and make it into fuel,” Liao said. While the technology has the potential for multiple uses, he said, “the first goal is to use it as a gasoline replacement.”

Achieving that goal will still take some time, however. Liao estimates it will probably take five to 10 years before the technology is ready for commercial use.