Australian households using more grey-water than ever before 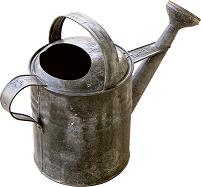 A report by the Australian Bureau of Statistics has shown that grey-water (wastewater generated from domestic processes and recycled) was being used by more than half (55%) of all Australian households in 2007.

Residents of Victoria and the Australian Capital Territory had the highest proportion of households using grey water, at 72% and 63% respectively.

You can see the media release here.  Greenbang thinks the younger generation of Australia do more for the environment than they realise.