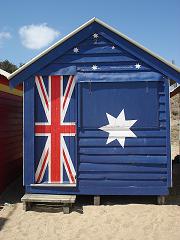 Some good news regarding the UN climate-change talks in Bali; Australia today announced that it would ratify the Kyoto Protocol.

This puts more pressure on the United States to sign the treaty, which would mean that every major industrialized country in the world was in agreement.

As mentioned last week, the attendees started arriving at the conference today on bikes. Great!

Updates as soon as possible.