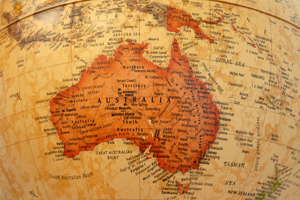 Greenbang hasn’t seen the Australian press so excited about a story since Fosters proposed giving away an inflatable Kylie with every slab of tinnies*:Toyota and Aussie PM Kevin Rudd or (K-Rudd if you’re street) are bringing the hybrid Camry Down Under.

The PM and his car buddies announced this week that the hybrid Camrys will be made in Australia for the first time – in Toyota’s Altona plant in the state of Victoria, if you’re feeling pedantic – and should go into production in 2010.

Some 10,000 motors set to leave the production line every year and Toyota hopes they’ll be snapped up by the local market.

And what convinced Toyota that Australia would be a perfect place to put up its Camry factory? The skilled workers, the locals’ environmental conscience, the excellent barbeques? All of the above, doubtless.

Greenbang, however, reckons the $35 million subsidy from K-Rudd’s Green Car fund and another $35 million from the Victorian state government probably didn’t hurt either.

*This never happened. At all. Greenbang made it up. Sorry to disappoint anyone rushing out to buy Fosters on the off chance.