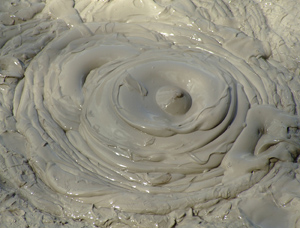 When Greenbang first heard that Victorians have opened up more land for geothermal exploration, she wondered who’d been able to time travel back to the 19th century and whether they might want to pass on the message to the Victorians that those flat-fronted trousers and handlebar moustaches are going to look seriously silly one century on.

Not those Victorians, obviously, but those residents of the state Victoria in Australia. The government there has decided to make 19 new areas available for researchers to probe their energy generating potential.

Around 154,000 of ground will be targeted around Wimmera, in the north of the state, and Gippsland, with the state aiming to get 10 percent of its energy from renewable source by 2016.

The tender process follows 12 permits for geothermal exploration being granted in 2007 to five companies, which have committed to spending a total of $64 million over five years to explore for geothermal energy sources.

Regional geothermal temperature and other geoscience data has also been made available by the Brumby Government to help exploration companies considering applying for permits.