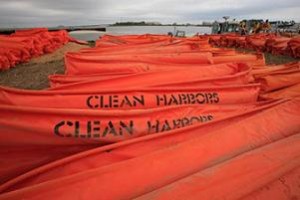 As bad news — in the form of thousands of barrels of oil and gas a day — continues pouring into the Gulf of Mexico, the oil company behind the gusher says it will put a half-billion dollars toward studying how the spill will affect the region’s marine and shoreline environment.

While $500 million is nothing to sneeze at, and the research will certainly be critically needed, we have to take the announcement with a very large grain of salt considering BP’s performance so far. By all appearances, it appears the Deepwater Horizon rig explosion that led to the leak was largely the result of a combination of lax regulation and corporate carelessness. And BP’s failure so far to stem the well’s flow into the Gulf pointedly shows how little the company was actually prepared for such a possible disaster.

BP officials say the new research initiative was inspired by the many questions asked during hearings on the accident in Washington, DC, last week. Among the areas of study the new fund will support are:

How do you take this latest announcement from BP? Is it encouraging? Cynical? Desperate? Simply necessary? We’d like to know your take.

As you consider this, by the way, we thought you’d might enjoy checking out a campaign of a different sort from Greenpeace UK, which has launched a competition for the best rebranded logo for BP. You can browse the entries so far at Flickr.