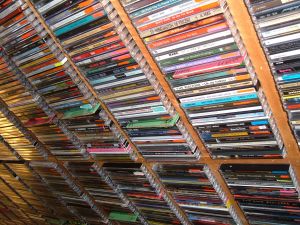 A press release hit Greenbang’s inbox this week touting an “eco-friendly online CD recycling service”. It was enough to catch our attention, boldly stating that 2,500 tonnes – more than 30 million CDs – are discarded and sent to landfill each year. Even worse, shock horror, tens of millions more are simply left lying around unplayed, it went on.

So what is this green service? Brace yourselves – it’s a website, called Music Magpie, that buys your unwanted CDs for cash, and then sells them.

Forgive us for stating the bleeding obvious here, but isn’t that just what has technically been known for many years as a ‘second-hand CD shop’? Greenbang used to take bags full of CDs by obscure German thrash metal bands to the CD Warehouse and get 10p for them. Maybe, but that doesn’t stop Craig Dawson, head of operations at Music Magpie, who says:

“Every year over £21 million in old CD’s are thrown away in the UK when they could be recycled and converted into credit-crunch busting cash. The beauty of this is that as well as letting people make some extra cash – fast, it lets them cut down on the amount of rubbish they throw out, making it a greener, and more profitable solution to getting rid of unwanted CDs.”

Good try guys, and there may indeed be some marginal benefit to the planet from this, but we think you’ve really stretched the green angle here and marketing like this does the whole eco cause no favours at all by further fuelling public scepticism over green claims. If you’re going to make grand eco claims, make sure they stand up to scrutiny or prepared to be shot down.