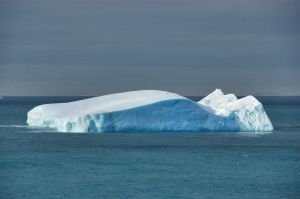 As if we needed more evidence of climate change the World Wildlife Fund (WWF – that’s the environmental people and not the wrestlers) says Arctic sea ice may have reached its lowest ever levels in terms of total volume.

This is due to declining ice thickness and the second lowest ice coverage on record – last year’s record low was 1.59 million square miles.

The continuing loss of older, thicker ice means the Arctic ice cover is following a trend of becoming younger and thinner each year and the area of ice that is at least five years old has decreased by 56 per cent between 1985 and 2007, according to the WWF.

Sommerkorn says this is evidence of a “continuing catastrophic downward trend”.

The WWF expects to confirm its Arcic ice figures later this week.