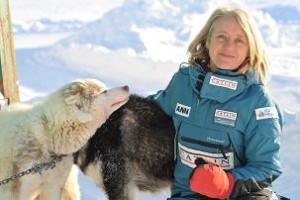 “Our work is to capture data which scientists would otherwise not be able to get, it is just so hard to operate in this environment in the winter,” Daniels said before embarking on the expedition. “The expedition focus is on ocean acidification which some scientists describe as the Earth’s ‘other carbon dioxide problem.’ ”

The team’s Twin Otter plane dropped them off late Sunday at 85°32′ N, 77°45′ W  after a seven-hour flight from the town of Resolute in northern Canada. Daniels and fellow explorers Martin Hartley and Charlie Paton have since begun heading north, hauling sledges weighing up to 120 kilograms over pressure ridges, rubble fields and swimming across leads of open water. 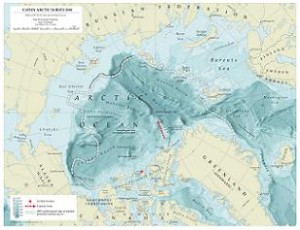 This is the second such expedition for Daniels and Hartley, who along with explorer Pen Hadow, last year completed a 73-day, 435-kilometre journey across the sea ice as part of the first Catlin Arctic Survey. (Paton was the ice base manager for last year’s survey.) Their mission last year was to take measurements to help determine how long the Arctic Ocean’s sea ice cover might remain a year-round feature.

Their conclusion last year: there is a significant probability that, within the next 10 years or so, only 20 per cent of the region will still have sea ice cover during the summer months. 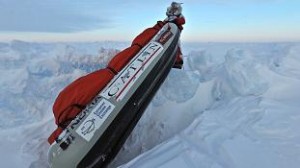 Both Catlin Arctic Surveys have been organised as a unique collaboration between ice-trekking explorers and research scientists who operate from an ice base in Canada. The effort aims to gather more information about carbon dioxide’s impact on the region, where research is especially scarce in the winter and early spring.

“Scientists really want to know more about what is going on in this region of the ocean, but to operate on the Arctic Ocean in winter is extremely hard,” said Hadow, who is the survey’s director again this year. “Our expedition is not only giving the scientists a way of working there themselves by providing experienced polar guides, but enabling survey data to be obtained far beyond the areas of the ocean where it is safe for them to work by sending our explorers to do that work for them.” 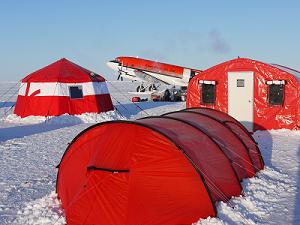 During the survey work, the teams will face temperatures as low as -45 degrees C and wind-chills of down to -75 degrees C.

Some scientists believe that, based on current projections, the pH of the world’s oceans could by 2050 reach levels that have not been seen on Earth for 20 million years. If this occurs, there could be serious consequences for marine life in the Arctic and elsewhere.

“We understand from models projecting future ocean chemistry that the Arctic Ocean is particularly vulnerable to ocean acidification because cold water absorbs CO2 more effectively than warm oceans, so much so that it may become corrosive to some shelled organisms within a few decades,” said Carol Turley of the Plymouth Marine Laboratory, one of the academic institutions participating in this year’s survey. 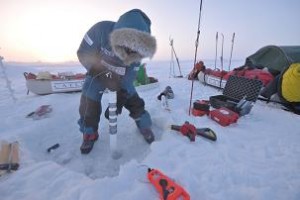 “Ocean acidification is the ‘other carbon dioxide problem,’ ” added Jean-Pierre Gattuso of CNRS-Université Pierre et Marie Curie, which is also taking part in the survey. :The oceans absorb about a quarter of human-made CO2. This has been limiting the amount of greenhouse gas in the atmosphere and mitigating climate change. However, the massive amounts of CO2 absorbed considerably upsets the ocean chemistry by increasing the acidity of sea water. It is certain that it will impact marine ecosystems, although we do not fully understand how all marine species will cope at the levels of acidity projected later in this century.”