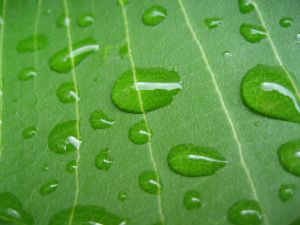 An investigation that’s led to the arrest of the CEO of a UK-based carbon credit firm underscores the growing risk of a new type of criminal enterprise: carbon crime.

Global Witness, an organisation that works to exposes corruption in international trade and exploitation of natural resources, spent the past two years investigating the British firm Carbon Harvesting Corporation, led by Mike Foster. Foster was arrested Thursday by officers from the city of London police department’s anti-corruption unit in connection with a carbon credits trading deal involving a proposed carbon concession in Liberia.

According to Global Witness, the Carbon Harvesting Corporation approached the Liberian government in 2007 to negotiate the allocation of a 400,000-hectare forest carbon concession with the goal of selling carbon credits to customers seeking to offset their carbon emissions. The size of the allocation represents a full fifth of Liberia’s rainforest.

Prompted by concerns about a lack of fundamental information regarding the project, as well as potential financial losses of more than $2 billion (US) for the Liberian government, Global Witness says its investigation found evidence of unofficial payments between the Carbon Harvesting Corporation’s Foster and representatives of the Liberian government. It then reported those findings to the police.

“Concerns about an increase in carbon-related crime are obviously well founded,” said Global Witness’ Amy Barry. “As businesses and governments in developed countries channel ‘guilt-money’ towards developing countries as a way of offsetting their own emissions, the space for carbon-cowboys will open up. Increased monitoring and governance at national and international levels will be vital.”

According to Global Witness, Foster said he paid approximately $45,000 to then-Liberian Minister of Internal Affairs Ambulai Johnson, and to Senator Jay Jonathan Banney of River Cess County, via a middleman, George Antwee, who was also in receipt of some of these funds. The organisation says Foster told it that around $23,000 of that was the first installment of a $2.5 million payment the minister expected in return for ensuring a contract with the Carbon Harvesting Corporation.

In February of this year, Liberian President Ellen Johnson Sirleaf removed Johnson from his position, citing mismanagement of funds (relating to a different issue).

Global Witness said it is concerned that cases like this could place legitimate future deals to protect Liberia’s forests in jeopardy.

“As a post-conflict country where natural resources played a significant role in fuelling the war, Liberia now faces the challenge of managing its forests and other resources in a way that benefits the country’s citizens and prolongs peace,” Barry said. “Successfully overcoming decades of corruption and breaking entrenched patterns of resource mismanagement will require sustained political will, civil society engagement, and support from donors and other stakeholders.”