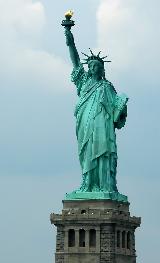 The United States said today that they would not buck under pressure and adhere to the proposed greenhouse gas emissions cuts, despite every other major industrialzed country signing the Kyoto Protocol.

Just a few hours ago, main man Harlan Watson, (head of US delegation), broke the news, saying that neither Australia signing the treaty, nor proposals from the US Senate committee to limit emissions would influence their decision to ratify the agreement.

Watson said the US was hoping to come up with their own set of figures on cuts when a meeting of 17 nations that are major emitters of greenhouse gases, organised by US President George Bush, takes place next year.

“We’re not trying to detract from the United Nations process,” he added.

Ahead of the meeting, Bush reiterated that his administration was opposed to any international constraints on curbing carbon emissions if it undermined economic growth.